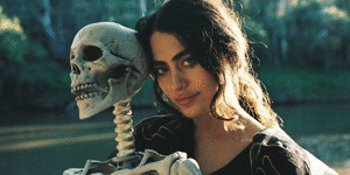 POSTPONED - Maple Glider ('To Enjoy is the Only Thing’ Tour)

PLEASE NOTE THIS EVENT IS TEMPORARILY POSTPONED. WE ARE WORKING TO BRING YOU NEW DATES AS SOON AS WE CAN.

In the singer-songwriter tradition, the solo project of Tori Zietsch (‘peach’ with a z) is centred around the lyrics, exploring deeply personal themes and often serving as a self-catharsis, brought to vivid life by the beauty of Tori’s artistry and wry sense of dark humour. Over plucked acoustic guitar or deftly weighted piano chords, Maple Glider shares vignettes of her life; growing up in a restrictive religious household, falling in an out of love, interstate and international relocations, the new perspectives travel can bring along with the alienation of being away from the familiar.

Spoken only as she could, Zeitsch describes the collection as, "walking past tinsel covered trees in mid-September, swimming along the calanques in the south of France, car-bonnet frost, darkness at 4pm, lightness until 10pm, a muted feeling, the perpetual grey fog that swallows the Silver Coast, the colour red, this ugly green dress, red wine, red blood, red lips, red is the colour of the cardinal’s robe, Switzerland, my mother’s diaries, a coroner’s report, the sun on my face, the end of love, “To enjoy is the only thing. BTCH$”

Speaking to the songs theme, Tori explains "This song is for an old, good friend. In some ways it feels like one of the most personal songs on the album. I knew I wanted to write it for a long time, before I finally did. It's a reflection of some of my experience in the music industry from the age of sixteen or so, before Maple Glider existed, and the story of a friendship intertwined inside of each of our shiny music dreams. It was turbulent and unbalanced, and we both became a little undone within it. A lot of hurt and healing came to the surface after years of close collaboration, and 'Friend' is the result of that."

To Enjoy is the Only Thing was written around 2018/19, following the dissolution of a musical project (so well caught in 'Friend'), Zietsch went travelling and eventually settled in Brighton, UK. It was there she experienced heavy loneliness, and entered a pool of self-reflection. With a Soundcloud literally full of demos she returned to Naarm / Melbourne, enlisting Tom Iansek (Big Scary / #1 Dads / The Paper Kites / Hockey Dad / full credits here) to record, mix and produce the first batch of songs she was ready to get down. During the shared time spent at Pieater’s studio BellBird with Iansek, the wider team got to fully appreciate the wonderful artistry and beauty of Maple Glider, and welcomed her to the family.

Since releasing the first single 'As Tradition' in September 2020, Maple Glider has since partnered with a world-class team across the globe - Partisan Records are releasing the music outside of ANZ; Third Side Music for publishing; and Collective Artists (Aus), Mother Artists (UK/EU) and CAA (Americas) for bookings. Her singles 'Good Thing', 'Swimming' and the recent 'Baby Tiger' have attracted over 3 million streams; she’s got fans at NPR Music, Stereogum, Paste, KCRW, Gorilla vs Bear, Consequence, triple j, Double J, NME and Rolling Stone; has been playlisted on radio in Australia, NZ, the USA and France including her legion of community radio fans at FBi Radio, Triple R, PBS, SYN, RTR FM, 2SER and Edge Radio; and sold out her debut headline show in Melbourne.

And now, on the eve of album release, Happy Mag have announced that Maple Glider is the winner of the 2021 Needle in the Hay competition - judged from over 3,000 entries. As a result, the goosebumps-inducing album closer 'Mama It’s Christmas' will be pressed to 7” in the coming months. Speaking of vinyl, the first pressing of To Enjoy is the Only Thing is available in pearly green wax. It can be ordered in a bundle with a green tie-dye tee with the LP logo up-titled to To “Fang It” is the Only Thing... a personal saying of Tori’s, inspiring one of her tattoos. Now with the wind of her debut album beneath her wings, Maple Glider takes flight.