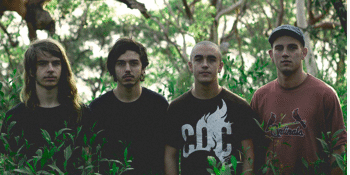 Select Music & BASE LEVEL ONE present


Sydney post hardcore outfit Stories were among a batch of Australian bands in the middle of last decade that were destined for bigger things. Their 2014 debut album The Youth To Become stamped them as a band beyond their years, with a sound and musical aggression that was then only in its in fancy.

The band secured a number of high profile supports, and it was during one of these with Enter Shikari in 2016 that Stories announced an indefinite hiatus, leaving their growing legion of fans stunned and the music world grasping at another one that got away.

Fast-forward just over five years from that announcement, and Stories are readying themselves for a return to the stage after their special reunion performance at UNIFY Forever last month. Catch Stories in July as they head out for an eagerly anticipated return across the east coast of Australia