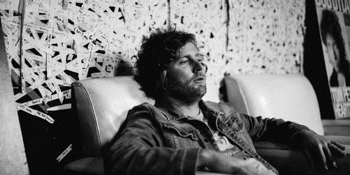 Bob Evans, the ARIA winning alter ego of Jebediah frontman Kevin Mitchell, has graced the Australian music scene for more than two decades and has written some of the country’s most beloved songs. Under the alias of Bob Evans, Mitchell has released five studio albums, all of which showcase the versatility and skill of this talented songsmith. Gentle, acoustic melodies prevail, enveloping the classic folk storytelling and strong emotional pull that characterises Mitchells’ substantial body of work.

The 'Tomorrowland' national tour is in celebration of Bob Evans' sixth studio album of the same name. Tomorrowland was spawned during one of the worst times for anyone, anywhere: the covid-cursed 2020, a period when initial recording was completed one day after all his gigs were cancelled, and two weeks before Kevin and everyone else in Victoria went into an agonisingly long lockdown. But the result is euphoric, sparkling – a luminescent rock record from an unstoppable songsmith.