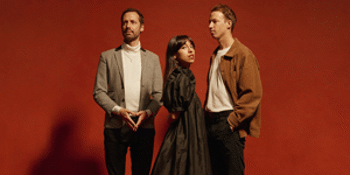 The EP and its lead single ‘Blue Valentine’ follow on from Telenova’s debut singles - ‘Bones’ and ‘Tranquilize’, both of which have found remarkably strong support from media, music platforms and radio alike. ’Tranquilize' has remained in the Top 50 most played tracks on triple j since release, and both singles have seen consistent support from community radio across the country.