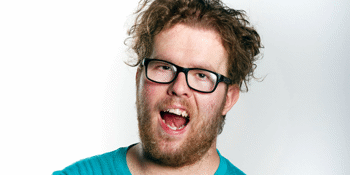 This isn’t a comedy show. If it were, the setup would be your miserable life and the punchline would be a new and improved, pee-juvenated you.

The Rainbow Lord is presenting the Rainbow Piss Self Improvement Seminar and will teach you the E-Z-Y as pie steps to take the number one of the skies and make yourself Number One.

Ross has been performing his unique and distinct brand of absurdist humour since 2013 around Melbourne’s comedy rooms and festivals around the country. He can be regularly heard on his podcast “Ross Purdy Destroys Comedy” and performing with Damien Vosk in alternative sketch comedy duo ‘Late Night Party Boyz’ and in “The Improv Pit” improv troupe.